There, Their, Theyre – Reminders for Myself and My Students 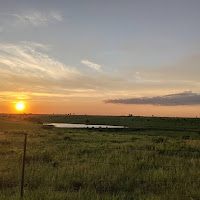 On Sunday morning I was writing in a bit of a hurry and failed to notice a mistake in the title of my post about using the netstat command to see the connections a computer is making to external sites and devices. The mistake I made (I’ve since corrected it) was to use “they’re” when I should have used “their.” I know the difference and have taught the difference to students for as long as I can remember. That said, my mistake presented a good opportunity to dig up some short video lessons about the differences between “there,” “their,” and “they’re” and when to use each one.

Free School offers this short, to-the-point explanation of homophones. The video isn’t going to win any awards for creativity, but it is effective in its delivery of the rules for using their, they’re, and there.

GCF Learn Free offers this 90 second video explanation of when to use there, they’re, and their. The video uses little GI Joe characters to explain the correct use of each word. Judging by the YouTube comments below the video most people like the approach of the video but some don’t like the use a military theme for the video.

Making videos about homophones can be a good way for students to learn and remember how to use them. On Next Vista for Learning you’ll find this student-produced video explanation of the differences between their, there, and they’re.

This post originally appeared on FreeTech4Teachers.com. If you see it elsewhere, it has been used without permission. Sites that steal my (Richard Byrne’s) work include CloudComputin and WayBetterSite. Featured image captured by Richard Byrne.